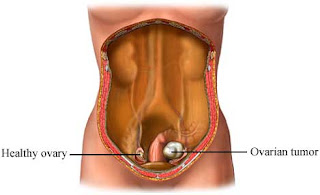 Dr Biswajit and his colleagues from a tertiary cancer centre from Chennai have recently published outcomes of 40 girls less than 18 years of age with ovarian germ cell tumours who were managed in their institute from 1990 to 2002 with cisplatin-based chemotherapy and surgery (Ref - Biswajit et al, Journal of Pediatric Hematology Oncology, March 2010). Nearly 2/3rd of the patients presented in Stage III-IV. Delays in diagnosis and treatment could have been due to patient-related factors or due to healthcare-related delays although this was not specifically studied. The 5 years disease-free survival was 72.8% (mainly because of relapses in 25% of patients) and overall survival was 94.9%. Similar results were reported from Tata Memorial Hospital in Mumbai nearly 15 years ago although they had less relapses (Ref - Kapoor et al, Journal of Pediatric Hematology Oncology, November 1995).

Posted by Ramandeep Arora at 17:30