The 21st century has see the emergence of multi-centre collaborative research from low and middle income countries with reports from Central America, Africa, China and India. This is a very welcome development and I will briefly describe some of these initiatives below. But I would like to start with Brazil where cooperative groups for childhood cancer started in the 1980s.

The Cooperative Groups Initiative in Brazil started in 1980, allowing exchange of expertise and proposals of better care. There are seven well-established cooperative groups with ongoing protocols including the participation in international studies. Among their earliest works which was published in 1991 was the randomised controlled study on Single‐dose versus fractionated‐dose dactinomycin in the treatment of wilms' tumor with no significant difference in overall or relapse‐free survival. Shortly afterwards, they published the Treatment results of three consecutive Brazilian cooperative childhood ALL protocols: GBTLI-80, GBTLI-82 and -85 and were able to examine the role and dose of cranial radiation as well as treatment intensification.

For further reading - Brazilian Society of Pediatric Oncology - SOBOPE: 30 years of history, a lot in the present, full of the future and Pediatric hematology oncology in Brazil 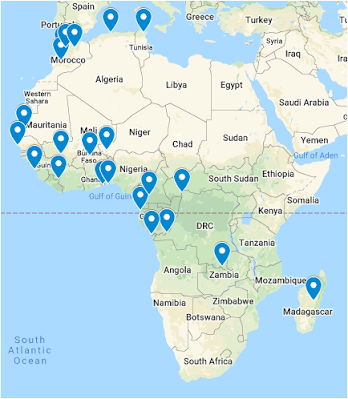 The Franco-African Childhood Cancer Group (French acronym, GFAOP) was founded in 2000 with aim of improving the outcomes of children with cancer in Africa. The GFAOP has developed two forms of action. The main form consists of organizing two- to twelve-month training sessions for physicians and nurses in France and Morocco. The other form involves assessing the feasibility of modern treatment protocols for various cancers in Africa. The first feasibility trials were carried out on nephroblastoma and Burkitt's lymphoma in 12 pilot units in North Africa, West Africa, and Madagascar. In the first study from 2001 to 2004, 306 children of Burkitt's lymphoma using French LMB protocols adapted to the African setting and achieved a survival rate of 61% - Treatment of B‐cell lymphoma with LMB modified protocols in Africa—report of the French‐African Pediatric Oncology Group (GFAOP).
For further reading (In French) - Treatment of childhood cancer in Africa. Action of the Franco-African childhood cancer group

This project is implementing a SIOP PODC adapted treatment guideline for Wilms tumour in several centres in sub-Saharan Africa. This is done as a multi centre prospective clinical trial with uniform outcome evaluation. The project started in 2014. More than 300 patients have been included and treated. End of treatment survival without evidence of disease increased from 52% to 68%. Death during treatment decreased from 21% to 13% and abandonment of treatment from 23% to 13% - Improved outcome at end of treatment in the collaborative Wilms tumour Africa project 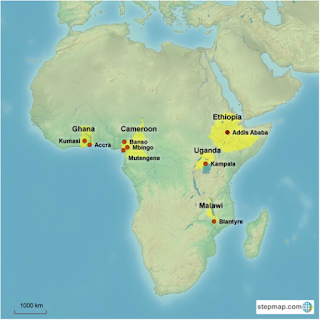 Inspired by the twinning program of Manuel de Jesus La Mascota Hospital in Managua, Nicaragua and the Pediatric Clinic of the University of Milano‐Bicocca in Monza, Italy as well as the subsequent establishment of the Monza International School of Pediatric Hematology‐Oncology (MISPHO), the Asociación de Hemato‐Oncologiá Pediátrica de Centro América (AHOPCA) was formed in 1998. Initially this consisted of Guatemala, Honduras, El Salvador, Nicaragua, and Costa Rica. Panama joined in 2001 and the Dominican Republic in 2006 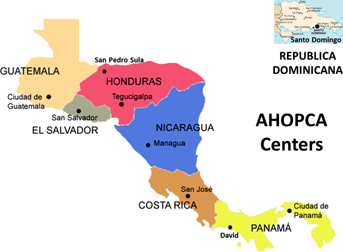 Their early collaborative research works have been in the area of Nutrition and Retinoblastoma.
For further reading - Asociación de Hemato-Oncología Pediátrica de Centro América (AHOPCA): a model for sustainable development in pediatric oncology

There are several other regional and national initiatives in pediatric oncology collaborative research in LMIC which have blossomed in recent years e.g. the Turkish Pediatric Oncology Group, The Pediatric Oncology East and Mediterranean (POEM) network and others. We look forward to seeing their work in the future. I would like to now focus on China and India, which together would constitute nearly a third of the childhood cancer burden. And so both of these countries have to strengthen their collaborative research so that they individually and the world collectively can aspire to reach the WHO Global Initiative for Childhood Cancer target of at least 60% survival by 2030.

There are two national collaborative groups within China. The Chinese Children Leukemia Group (CCLG) started the CCLG-ALL 2008 Study. A total of 2231 patients were recruited from 10 hospitals across the country from 2008 to 2013 - Outcome of children with newly diagnosed acute lymphoblastic leukemia treated with CCLG-ALL 2008: The first nation-wide prospective multicenter study in China. More recently, the Chinese Children Cancer Group (CCCG) which was formed in In 1997 under the China Anti-Cancer Association, has organized one of the largest clinical trials in China, the CCCG-ALL-2015 Study. The study is led by the National Center for Children’s Health (Shanghai) and supported by St Jude Children’s Research Hospital and the VIVA Foundation. Up to January 2019, and 6024 patients were recruited into the study.

The earliest report of collaboration in the field of pediatric oncology in India was that between Cancer Institute, Chennai and the National Cancer Institute, USA in the early 1980s. Adopting a more intense protocol (MCP841) than that being used at the time, led to an improvement in the event free survival of acute lymphoblastic leukemia from 20% to 40%. This treatment strategy was then adopted by Tata Memorial Hospital, Mumbai in 1986 and All India Institute of Medical Sciences, New Delhi in 1992. With this common protocol, event free survival rates of 40-60% were achieved - Treatment of acute lymphoblastic leukaemia in countries with limited resources; lessons from use of a single protocol in India over a twenty year period.

The need to establish a national cooperative group in order to develop prospective multi-centre clinical trials in India became increasingly apparent. Such a strategy was critical to understand the biological differences in the disease, to assess responses to treatment and ultimately to improve childhood cancer survival in India. Active since 2015, the mission of InPOG is to improve the outcomes of children with cancer in India by collaborative research. At present here are 26 disease and discipline subcommittees with a portfolio of 31 studies.

The InPOG-HL-15-01 was amongst the first studies to start recruitment and standardised therapy of children with Hodgkin disease on an ABVD backbone – InPOG-HL-15-01 - Challenges and lessons learnt in setting up the first collaborative multicentre prospective clinical trial in childhood cancer in India.  Initial results are expected to be published next year.

The future looks very exciting. May this momentum gather an even greater speed!

Posted by Ramandeep Arora at 12:52 No comments: