CNS disease at presentation in childhood ALL 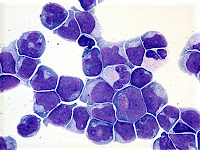 Hi all,
Recently, management experience of CNS disease at presentation in childhood ALL from PGIMER, Chandigarh, India was published (Ref - Marwaha et al, Leukemia and Lymphoma, Feb 2010). The summary is as below
The spectrum of central nervous system (CNS) disease at diagnosis, traumatic lumbar puncture (TLP), role of cranial irradiation, prognostic parameters, and survival outcome in patients with CNS involvement amongst 747 patients with acute lymphoblastic leukemia managed at PGIMER was analysed. The overall outcome and management experience has been described elsewhere (Ref - Kulkarni et al, Pediatric Blood Cancer, Aug 2009).
25 and 6 patients out of these had CNS disease and TLP, respectively. Patients with CNS disease had significantly higher mean presenting leukocyte count and incidence of hyperleukocytosis compared to those without it. Contemporary immunophenotyping and molecular data was unavailable in majority of the patients especially managed in the 1990s. Other usual prognostic parameters were not significantly associated with CNS disease at presentation. The outcome was poor with three patients in continuous complete-remission, nine relapsers, eight deaths, and eight therapy defaulters.
Despite the fact that the percentage of pateints with CNS disease was lower than published literature, outcome was not inkeeping with the contemporary outcomes. Once again this highlights the difficulties faced by a pediatric Oncologist in the developing world in holistic management of ALL. CNS involvement was significantly associated with inferior survival. CNS involvement was thus a high-risk indicator. Poor outcome in this cohort indicated the need for the revaluation of our treatment protocols with the inclusion of risk-stratified systemic therapy, categorization of CNS involvement according to published criteria into CNS 1, 2 and 3 which is also often difficult in resource limited settings. The rate of traumatic lumbar puncture was however very low. Problably reflecting the fairly good skills of the operators given the large number of patients managed.
Posted by Ketan Kulkarni at 19:02 2 comments: 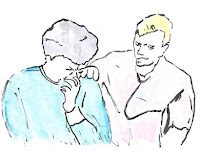 Clear and honest communication done sensitively is important in the holistic management of children with cancer and their parents. Little research has been done in India to assess the health information needs of sick children (and their parents). Also the quality and adequacy of information given by health professionals not been looked at.

These findings would be useful to health professionals in "forging an alliance with the family to facilitate communication" as Dr Seth says. They also offer us insight into the different attitudes and practices in India compared to the Western context, where patient autonomy is more visible.
Posted by Ramandeep Arora at 10:37 No comments:

Vincristine is an important weapon in the chemotherapeutic arsenal against several childhood cancers including acute lymphoblastic leukaemia, lymphomas, Wilm's tumour and various brain tumours. It does have side-effects, notable neurotoxicity which manifests in various ways. It is accepted that malnutrition (more common in resource-poor nations) can exacerbate vincristine-related neurotoxicity.

A report from Delhi highlights the prevalence of vincristine-related neurotoxicity (at dose of 1.4 mg/m2) which was seen in 10 out ot 20 children with various cancers treated over a two year period (Ref - Gomber et al, Indian J Pediatrics, Jan 2010). This is much higher than that reported from resource-rich nations. In 6 cases, the severity of the toxicity warranted temporary discontinuation of the drug. The weight of all patients who developed neurotoxicity was below the 3rd centile for age and was significantly lower than those children who did not develop neurotoxicty.

Clues to the mechanism by which malnutrition can increase vincristine-related neurotoxicity can be found in another recent paper (ref - Israel et al, European Journal of Cancer, 2010). The pharmacockinetics of vincristine (at dose of 1.5 mg/m2) were studied in 11 children with Wilm's tumour from Malawi and 8 children from UK. The children from Malawi had significantly lower weight-for-height than those in UK. The clearence of vincristine was significantly slower in Malawian children and as a result the exposure to vincristine (measured by area under the curve) was almost two times longer. There was a linear corelation between the extent of malnutrition and the area under the curve for vincristine.

The above two studies would suggest that in children with cancer who are malnourished, we may have to reconsider the dose of vincristine. Clearly, this area merits more research in India and in other resource-poor settings.
Posted by Ramandeep Arora at 07:35 No comments:

Brain tumours, the second most common group of childhood tumours, pose special challenges in diagnosis, management and long-term follow-up. A close co-operation between neurosurgeons, radiation oncologists, paediatric oncologists, neuroradiologists and neuropathologists is needed for optimal management of these children 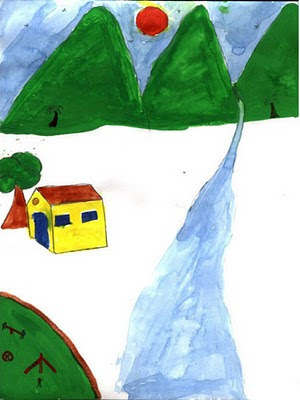 The Brain Tumour Foundation of India is a non-profit organisation which is committed to reducing the physical, emotional and financial suffering associated with diagnosis, treatment and rehabilitation of patients with these tumours, and their families. Various health professionals and allied professionals from Tata Memorial Hospital and King Edward Memorial Hospital, along with other organisations in Mumbai who share an interest in patients with brain tumours came together and set up this foundation nearly 10 years ago. 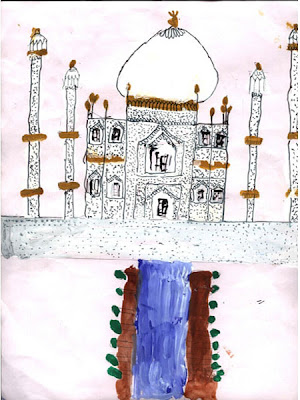 Although based primarily in Mumbai, the foundation is keen to reach out to patients with brain tumour across the country. Its three main objectives are
. 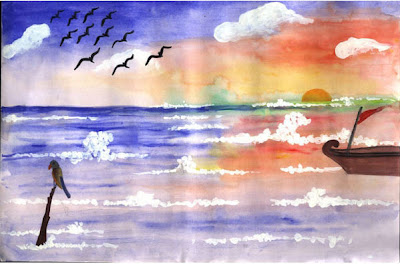 Posted by Ramandeep Arora at 07:58 No comments: