My highlights of SIOP 2010 in Boston 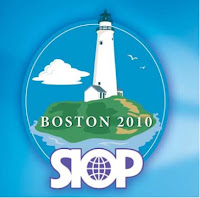 I hope that all those of you who had a chance to attend this year's SIOP meeting in Boston at the Hynes Convention Centre had a great time. It was a personal pleasure to meet so many of my old friends and make new ones. There was a good representation of the paediatric oncology community from India as well as many from the Indian diaspora.
There were 45 presentations (8 oral and 37 poster) from India and I had a chance to hear and see several of them. My personal highlight was Dr Kurkure's presentation on L0w cost rationally designed protocol for treatment of pediatric acute lymphoblastic leukemia in developing countries which was used in motivated families below poverty line at Tata Memorial Hospital. This protocol had a 3 drug induction (VCR, L-Asp, Dex) and 91% of children were in clinical remission at the end of induction. The event-free survival for standard risk patients was 63% (median follow-up 22 months) and for high risk patients was 48% (median follow-up 31 months). Remarkably, only 3% of children abandoned treatment during induction and 1% following induction. 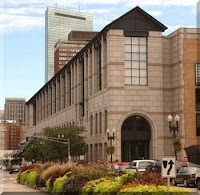 The other presentation I really enjoyed was by Dr Vinay Jain on Building capacity in pediatric oncology in India: efforts of Jiv Daya Foundation 2008-2010 which gave a summary of the excellent work that he and his foundation have done over the last few years in several centres in India. More details of their work can be found on www.jivdayafound.org.
Finally, I heard with great interest two related presentations by Paola Freidrich-Medina who is a fellow at the Dana-Farber Cancer Institute. She was presenting the work done by AHOPCA (Asociacion de Hemato-Oncologica Pediatrica de Centro America) which is collection of seven resource-limited countries from Central America. The presentations were Current barriers for successful treatment of children with sarcomas in low-income countries and High tumor burden, high rate of abandonment and fear of disabling surgery are among the innermost barriers to treatment of pediatric sarcomas in resource-limited settings.
I welcome your thoughts and your highlights of the meeting. If there are any photographs that you want to share from the meeting on this blog, you can email them to me.
Posted by Ramandeep Arora at 13:05 No comments:

In India, should we treat children with High Risk Neuroblastoma (HR NB)? 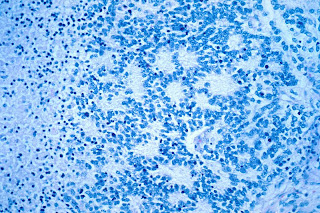 At the outset, let me clarify two things. Firstly, by no means am I advocating not giving treatment to children with HR NB in India. My only purpose is to generate debate and learn from the more experienced and learned clinicians in India who manage children with this cancer. Secondly, every child irrespective of the type of disease or cancer (including HR NB) has a right to palliation including pain relief and this treatment option should not be denied. So, I guess the question I am really asking is "In India, should we treat children with HR NB with a curative intent?"
Around 50% of all children with NB have HR disease (essentially Stage IV i.e. metastatic NB or NB with mycn gene amplification with some caveats for age and histology). A study from the Children's Oncology Group published last month (Yu et al, 2010) reports a 2-year overall survival of 86% and event-free survival of 66% in children with HR NB who were treated with multi-drug induction + stem cell transplantation + isotretinoin + immunotherapy. Prior to the introduction of immunotherapy, the event-free survival in the developed world had plateaued at less than 50%. Thus, this new report of further improvement in outcomes is significant.
This brings me to the situation in India. As far as I am aware, while multi-drug induction (followed by surgery and radiotherapy) is standard treatment for children with HR NB, use of stem cell transplantation is not standard and immunotherapy has not been tried. In such a setting, what are the outcomes of HR NB? It is difficult to answer this question precisely, because assessment of mycn amplification is not standard practice in India either. Outcome of children with Stage IV i.e. metastatic NB can give us some indication, although very few institutes from India have published their outcomes. This includes 3 long term survivors out of 32 children with Stage IV neuroblastomas reported from Thiruvanathapuram (Kusumakumary et al, 1998); 1 out of 27 reported from Chandigarh (Bansal et al, 2008); and 0 out of 38 reported from Mumbai (Bhatnagar et al, 2007, SIOP).
Based on these reported outcomes i.e. less than 10% reported long-term survivors of HR NB, is there an argument for not offering curative treatment to the above group of patients in India? Has anybody reported better outcomes from India?
Posted by Ramandeep Arora at 20:58 3 comments: