As some of you know that I am continually fascinated by the phenomenon of abandonment of treatment which occurs in children with cancer in developing countries including India. It is a major cause of treatment failure and as stakeholders in the management of children with cancer we have to address is it head on if we want to improve their outlook. I previously posted on this in the blog (see link).

There definitely has been more awareness in the last few years and gradually we are seeing some solutions across the world. One of the initial success stories came from the twinning program between St. Jude Children’s Research Hospital in Memphis USA and Instituto Materno Infantil de Pernambuco in Recife, Brazil which has acted as a template for the rest of the world (see link). Hearteningly, there are now stories of success in India, one of which is from Tata Memorial Hospital I covered in my blog earlier this month (see link).

The other is a recent study on children with retinoblastoma diagnosed from March 2008 to Aug 2011 at King George's Medical University and treated under the care of Dr Archana Kumar.Not only did they study the occurrence of abandonment, they also employed a social worker and a data entry operator to trace those patients who defaulted appointments using phones or postal mail or both. I congratulate the team at KGMU and would like to share with you some of their important findings.

What is also interesting is the efforts made to track these patients and the outcome of those efforts. Only 88 (31%) of the 282 calls made to trace 42 families (an astonishing average of 6.7 calls per family) were answered. The others were wither connected but not answered, or phone numbers were wrong or swiched off/not reachable. Only 1 of the 41 letters written to 23 families evoked a response, another two were returned due to wrong addresses. After all that intensive effort, only 12 children came back for retreatment after a median period of 6 months (range 5–32 months) and all but one had progressed and 6 of the 12 died! The astute team at KGMU quickly learned their lessons and they say "As soon as we realized that post-abandonment counselling was ineffective in improving compliance, we changed our strategy by intensifying the counselling at initial contact emphasising that regression of tumour following chemo-reduction in extraocular disease did not amount to cure and also highlighting that most of the children who had earlier abandoned therapy died of disease progression."

To me this is the message of the study - Abandonment of treatment leads to progression and death and early and intensive counselling is key. By the time they have defaulted, it is often too late.
Posted by Ramandeep Arora at 10:39 No comments:

I would like to share with you a recent initiative by International Network for Cancer Treatment and Research (INCTR) Palliative Access/ PAX Program and MNJ Institute of Oncology and Regional Cancer Hospital in Hyderabad.

Virginia LeBaron who is a Nurse in the INCTR Palliative Access/ PAX Program has developed a handy pocket chemotherapy reference card for oncology nurses at MNJ. It describes frequently administered chemotherapeutic drugs at MNJ, indications for their use, common side effects, and specific nursing considerations for each drug. I am grateful to Virginia and Dr Gayatri Palat (who is a consultant in Palliative Care at MNJ) for giving me the permission to use this blog to disseminate their work. 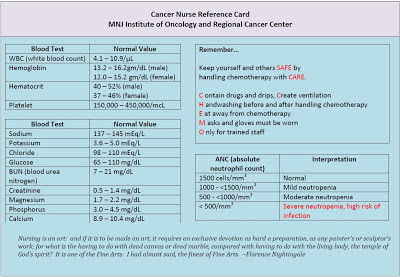 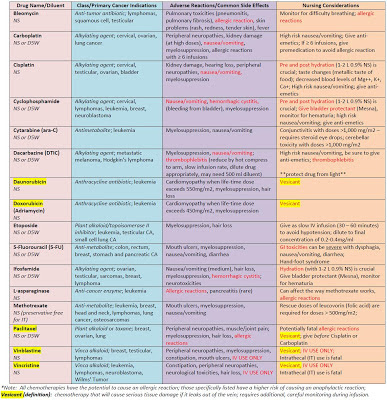 Posted by Ramandeep Arora at 05:31 No comments:

It is always a pleasure to get together at SIOP and meet the large contingent from India. I enjoy the interaction and exchange of ideas. I attended my first SIOP conference in Mumbai in 2007 and have gradually turned from spectator to participant. What has been noticeable is the excellent representation from India, both in context of conference participants as well as scientific abstracts. 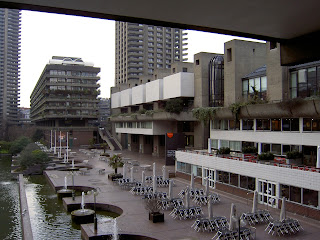 In 2012 the conference was held at the Barbican in London and among the excellent presentations from across the world, what stood out for me (and I suspect for lots of others) was Shalini Jatia's (a volunteer social worker at Tata Memorial Hospital) clear and passionate presentation on “Predictors of Treatment Refusal and Abandonment and Impact of Personalised Psycho-Socioeconomic Support in Childhood Cancer in a Tertiary Cancer Centre in India”. She received a well deserved ovation and prize.

The key findings are as follows - The prevailing abandonment rates at Tata Memorial Hospital in Mumbai had been 15-20%. In 2009 a data manager was recruited and in 2010 a multi-disciplinary psychosocial support group was set-up with the remit of reducing abandonment of treatment. By a combination of interventions including partial financial support, free accommodation, travel and food support, psycho-social counselling, support for transfusions, the abandonment rate decreased from 10.9% in 2010 to 5.3% in 2011. The risk factors significantly associated with abandonment included age less than 5 years, female gender, educational level of parent, and economic status. Other factors like cancer type, prognosis, treatment duration, distance from centre, family size and language were not associated. Around half of these abandoned families were contacted and the top 3 reasons given for abandonment included – belief in complementary and alternative medicine, financial challenges, and belief in incurability of cancer. Based on the findings of this study, TMH now provides full financial support to all children less than 5 years as well as all female children with cancer.

Posted by Ramandeep Arora at 05:07 No comments: